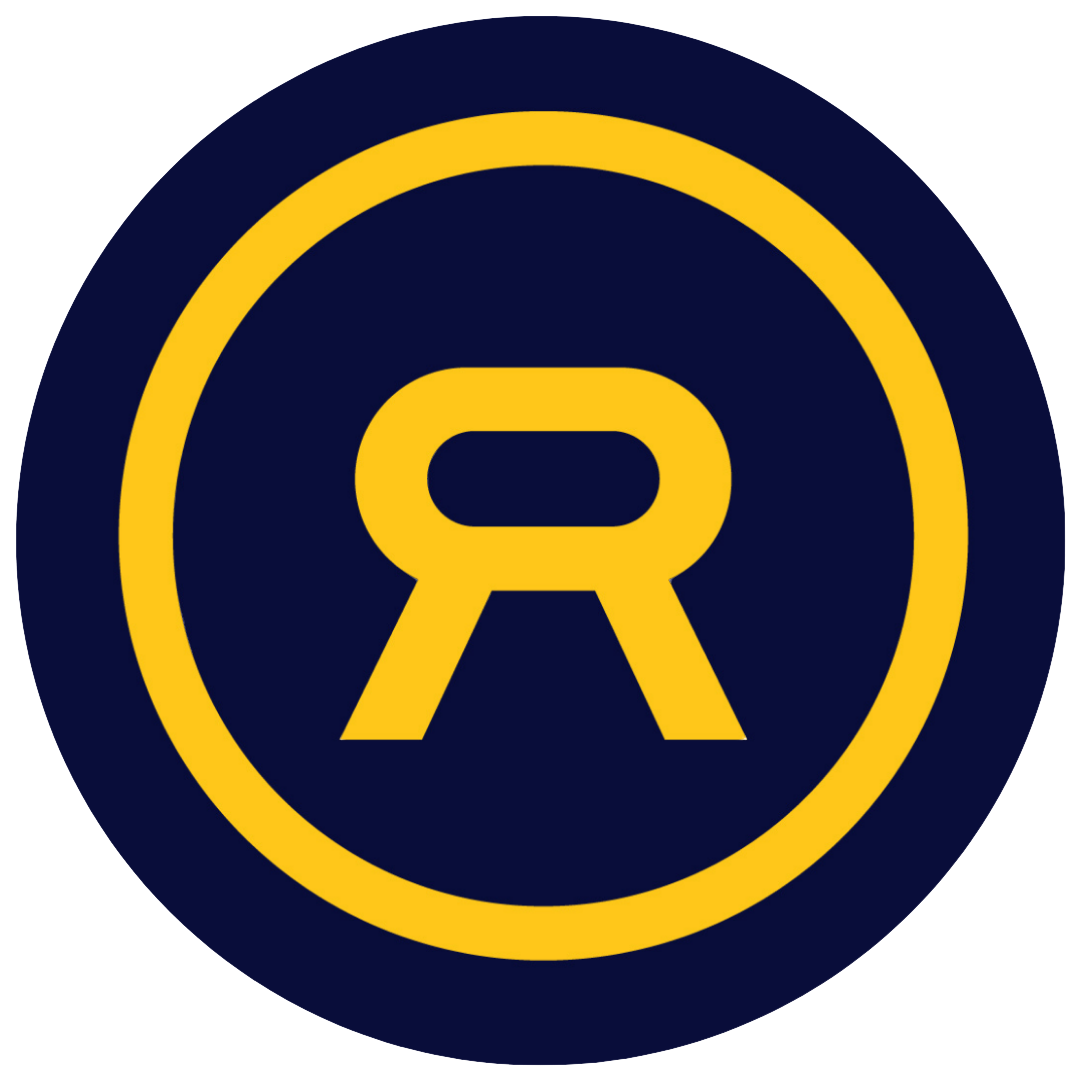 The Fourth Industrial Revolution is an ever-expansive field of endeavour and this month it is accelerating even faster than before!

According to CEO of the Harvey Nash Group, Bev White “With businesses planning record levels of digital investment, we could be on the verge of a ‘second renaissance’ for technology,”.

Just this last month, there has been a potentially groundbreaking announcement from Facebook!

What is in the name ‘metaverse’?,

And WHY should you be excited about it!

To further add context to the metaverse, we will include our:

As always, we will round things off with our monthly 4 tech news stories!

The term ‘metaverse’ was coined by writer Neal Stephenson, in his 1992 science fiction novel Snow Crash. This work details a place ‘where humans, as avatars, interact with each other and software agents, in a three-dimensional virtual space that uses the metaphor of the real world’.

And now ‘Meta’ is the new name for the social media giant, Facebook.

‘‘In the metaverse, you’ll be able to do almost anything you can imagine — get together with friends and family, work, learn, play, shop, create — as well as completely new experiences that don’t really fit how we think about computers or phones today. We made a film that explores how you might use the metaverse one day.

In this future, you will be able to teleport instantly as a hologram to be at the office without a commute, at a concert with friends, or in your parents’ living room to catch up. This will open up more opportunities no matter where you live. You’ll be able to spend more time on what matters to you, cut down time in traffic, and reduce your carbon footprint.’’

2. The Technology Behind It

In the context of the ‘metaverse’, thus far, its Meta’s own Oculus Quest 2 that has been promoted as the go to VR technology by Zuckerberg.

Home working and gaming will probably be the most attractive applications that drive the ‘metaverse’, especially after the last few years.

With work in mind, an app created by Meta named ‘Horizon workrooms’, is intended to start the process of migrating office workers over to the metaverse, or at the very least, enabling them to have an alternative that is sufficiently immersive.

As for gaming, Roblox and Epic Games, according to a recent piece in scmp.com by Josh Ye, ‘have both made the metaverse – loosely defined as a shared, immersive 3D virtual space where people can interact and trade – a core part of their business strategy.’

Through Virtual Reality and Augmented Reality or ‘AR’, the metaverse can be conceptualised as a place ‘where the physical and digital worlds come together’ according to Dan Milmo for The Guardian.

AR technology permits digital elements to be overlaid onto the physical world and in an ingenious way, may perhaps in combination with VR, truly enable ‘a metaverse’.

But it probably won’t be easy. This is because AR will need to rely on extremely advanced hardware and is yet 'a few more years away’ to quote Peggy Johnson, CEO of Magic Leap, according to Joe Devanesan for techhq.com, to make a compelling argument inside the metaverse.

Where modern VR evolved from smartphones slotted into cardboard ‘headsets’, metaverse-AR will probably demand a versatility, away from smartphones, that literally is as straightforward and convenient as wearing glasses.

‘The true metaverse is intrinsically linked with the blockchain concept of an open, interoperable network where virtual assets are exchanged and stored via a trustless and verifiable ledger.’

The blockchain, for the uninitiated, is a public database that records, on a single shared ledger, transactions and balances of all its users and digital assets.

It has a built-in security system preventing any modifications to the ledger. It is also decentralized and there is no single owner of the blockchain.

For a virtual world that in many respects will be ‘lived in’, there needs to be an advanced authentication of digital property especially. This will be required to promote trust and transparency.

Property including digital art and unique avatars can all be authenticated by what is known as ‘NFT’ technology.

NFT stands for a ‘Non Fungible Token’. These tokens can be described as a sort of non-replaceable digital asset.

When a non-fungible token is traded, the one that is sold is considered to be the original.

Bringing it all together, the likely trend for the next 5 to 10 years (at least) should see the drive to, even further, develop systems such as these, that can sustain work, rest and play in a more immersive virtual world.

In no order of preference, we include 5 exciting and informative podcasts, in the area of Non Fungible Tokens, for you to enjoy and absorb.

From their audible page:

‘Are you interested in investing or collecting NFTs, but are overwhelmed with all the information? Join Heather and Rich, true NFT newbies, as they break down what they’re learning as they wander unafraid into the world of digital art. We will cure your FOMO, mildly educate you, give our unqualified opinions, and have a lot of laughs along the way.’

‘NFTs are going mainstream. Jennifer & Michael aim to keep their audience informed about all relevant projects as the industry continues to expand. With a focus on market dynamics and turning a profit, this podcast is perfect for the seasoned NFT trader or someone that is just looking to learn what the heck is going on with these JPEGS!.’

‘The NonFunGerbils Podcast explores the world of non-fungible assets and the growing decentralised economy. Each week Luke and George host an interesting guest who is involved in the non-fungible token (NFT) space.’

‘Edge of NFT Podcast brings you not only the top 1% of what's going on with NFTs today but what will stand the test of time. We explore the nuts and bolts and the business side, but also the human element of how NFTs are changing the way we interact with the things that we love.’

5. ‘Non Fungible Takes: A Podcast about NFTs and Digital…’

‘A weekly NFT podcast where we discuss the biggest NFT news and interview top tier players in the NFT space.’

By way of further learning in this very exciting field of the metaverse and its associated facets...

Smart contracts, defined here as ‘NFTs’ are, in essence, a self-enforcing agreement between two or more parties. The smart contract does all the work, all the way down to the logic of what is required of the parties.

2. NFTs are re-defining simplicity and transparency

NFTs can create a direct relationship between creator and consumer. The digital creator can release their ‘art’ for example to NFTs with a single click, and NFTs can then be transferred to the blockchain, with a single click, to be sold to consumers or given away for free.

The creator receives the NFTs, and consumers can purchase the NFTs directly from the creator. The end result is an economy of trust, transparency, and simplicity.

3. They belong on a ‘smart control network’

Ethereum, unlike many other popular bitcoin networks, supports digital currencies AND non-fungibles. It is regarded as an advanced smart contract network.

4. A probable solution to art forgery

Artists, collectors, and investors who want to invest in art with confidence in authenticity, will probably be able to do so by using this technology.

As mentioned above, an NFT is a smart contract, and the only way to change the ownership of an NFT is to spend the tokens.

This is because of the way they are created and the fact that they are digitally represented.

When you purchase an NFT, you are purchasing a piece of software. You are not buying a piece of hardware. Your NFT will always have a unique history, permanently attached to it in the blockchain.

Having difficulties with building your career in tech?

Reflection X's ML&DS Career Accelerator Programme can help you! Click the link below to find out more and check out the amazing feedback we received from helping people like you in tech!

According to a November 17th article in the PITTSBURGH POST-GAZETTE, The Clinical Infectious Diseases Journal has recently published a study where scientists reported ‘finding a new way to identify and stop hospital-based infectious disease outbreaks.’

The scientists, from the University of Pittsburgh School of Medicine and Carnegie Mellon University have taken ‘whole genome sequencing’ and combined it with machine learning, according to the new article.

Testing has taken place on bacterial pathogens, with the hope that eventually the spread of COVID 19 and other ‘respiratory diseases like influenza’ could be curtailed with this exciting and timely technology.

According to a piece in news-medical.net, ‘Reviewed by Emily Henderson, B.Sc’, predictive analytics have been employed for a study to better reduce morbidity and mortality in sepsis sufferers.

Research for the study was carried out by ‘an international team’, including scientists from St. Joseph's Healthcare Hamilton and McMaster University. An AI algorithm has been created by the team and named the ‘Bidirectional Long Short-Term Memory (BiLSTM)’.

According to the article ‘The study compared the BiLSTM with six other machine learning algorithms and found it was superior to the others in terms of accuracy.‘

3. Exciting startup ‘Loopr’ aims to spearhead ‘next phase of AI’

In a recent piece by Skip Newberry for bizjournals.com, an AI startup named ‘Loopr’ reportedly ‘aims to spearhead the next wave of data-driven technology that will power the Artificial Intelligence models of the future’.

The startup uses an AI model to find defects in products within the manufacturing industry, through a trained model.

This model is first fed with ‘thousands of images’ of defective products, ‘where the defect in each image is marked and labelled’, according to the piece. Ultimately the model is then able to ‘identify’ and finally ‘classify’ future defect scenarios, through machine learning.

According to a recent piece in techcrunch.com written by Annie Njanja, the startup Lifevoxel has raised $5 million ‘in a seed round’ to reinforce its platform ‘Prescient’.

‘Prescient’, its ‘dubbed’ name according to the piece, is described as an ‘AI diagnostic visualization platform’. This platform is reportedly used for triage, diagnostics and workflow management with the intention of freeing up time for hospitals and physicians.